In last weeks Grammar Bootcamp, we looked at clauses and learned a simple definition of them.

Some sentences are made up of one clause; they are the simple sentences that I wouldn’t recommend you use too often in your novels as they can make your writing choppy and annoying. However, when used well, they can add drama and flavour to your work. Here’s an example of a hook from my current work in progress.

Then he shot her, dead.

The subject of this clause is the person “he” is describing, and the verb is “shot.” My subject has shot someone and killed them (I’m writing a thriller can you tell?).

Sentences with multiple clauses are what we use to make up the majority of our writing. Let me show you why with another excerpt from my work in progress.

I release the lock, and she tumbles through the door, almost knocking me to the ground.

Here we have three clauses –

How boring will this passage sound if I rewrite it with a single clause per sentence?

I release the lock. She tumbles through the door. She almost knocks me to the ground.

I don’t know about you, but I think the original version reads better than the one clause per sentence version.

So, as aspiring authors do we need to know the definition of clauses to write great fiction? No, not at all, but I think that in understanding the meaning of a clause I can see the beauty and variation that they bring to my writing. 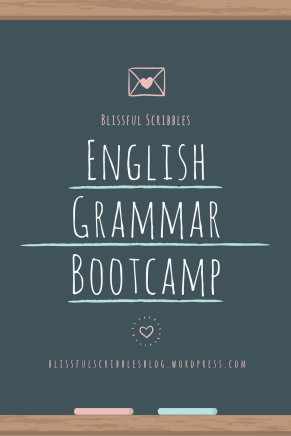